One advantage not to be underestimated by those who visit Uruguay is that you can reach any destination in a very short time. Even departing from Montevideo, you can make it to all of the country’s main spots, including the beaches. Indeed, Punta del Este and Rocha are just a one-and-a-half and a three-hour drive away from the capital, respectively. But there are even closer places where the sea, the sand and the sun are enjoyed the same. Whether for a weekend getaway at any time of the year, or to stay for a while, it is worth discovering the Canelones coastline.

From the Carrasco stream, which marks the border with the department of Montevideo, to the Solís stream, where it meets Maldonado, Canelones coast offers 40 miles of beaches on the Río de la Plata.

This territory is divided into two areas. On the one hand, the Coastal city (Ciudad de la costa), which belongs to the Metropolitan Area of Montevideo and has more than 110,000 dwellers. Although its inhabitants have traditionally been closely dependent on the country’s capital services, the area has increasingly developed in recent years, when new infrastructure, shopping malls and a number of trendy bars, restaurants and pubs have been established.

The so-called “Costa de oro” begins after crossing the Pando stream, barely 20 miles away from downtown Montevideo. Several coastal towns follow one another from Neptunia to Jaureguiberry constituting a very diverse space. Those who enjoy rest and tranquility will find quiet and almost uninhabited places. But those who prefer a more lively experience will also have several options at their disposal.

El Pinar is the Coastal City neighborhood that is the farthest from Montevideo. The beach, with its wide strip of fine white sand, and the large dunes make up an unparalleled landscape in this part of the country.

Leaving the beach behind, you will find thousands of trees distributed among the houses, specially pines, whose distinctive scent is perceived in the air.

The environment generated by the mouth of the Arroyo Pando into the Río de la Plata is a highlight. It’s here where the highest dunes appear and where a very lively aquatic and sports activity is developed. On the shore of the stream, a few feet away from the Río de la Plata, you can see the fishermen’s boats along with jet skis, kayaks, and towable tubes awaiting the arrival of aquatic sport lovers. The tranquility of the place can be enjoyed at any time of the year, although it’s in summer when it reaches its peak. 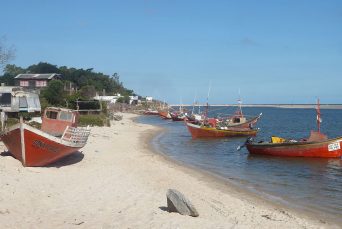 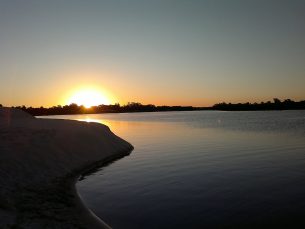 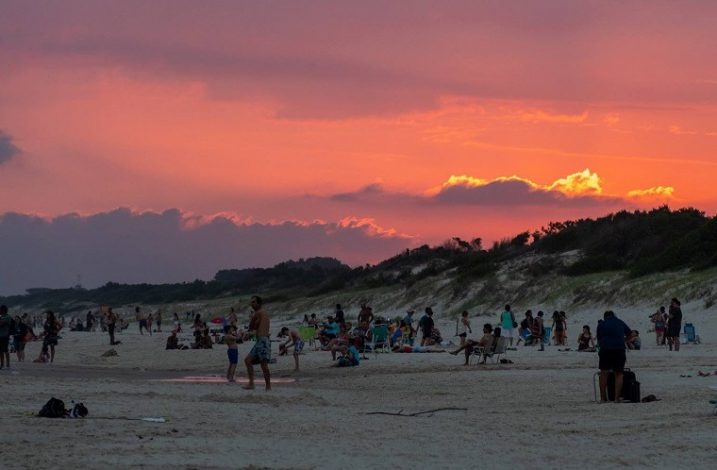 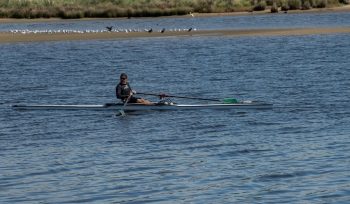 Although “El Pinar” is home to many people who work every day in Montevideo, the locality moves at its own pace and has its own gastronomic offer with very outstanding places. Some of them were reviewed by Eli Varscher, author of Colchón de Verdes, a well-known gastronomy blog in Uruguay.

“Burdeos” is located exactly where the Pando stream flows into the Río de la Plata. Made of wood on the dunes, it’s a must for those looking for an original place to eat.

“Sun, sand, water and a quaint beachside restaurant receive hundreds of Uruguayans and foreigners every weekend. Undoubtedly the nicest place near Montevideo to spend time with your family or friends while enjoying an ample seafood board and some drinks,” says Eli about Burdeos. “It’s like going to Rocha, one might think. The white sand, the boats, the river and a laid-back clientele give you the feeling of being on vacation.”

In summer, there’s nothing better than sitting at the outside tables; while in winter, you can enjoy the cozy heat of the lounge’s huge iron stove.

It is open on Thursday and Friday evenings, and Saturdays and Sundays from midday. 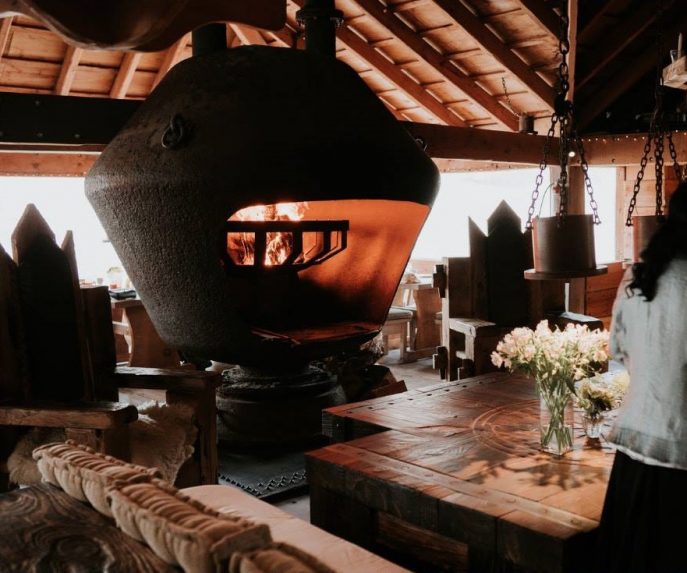 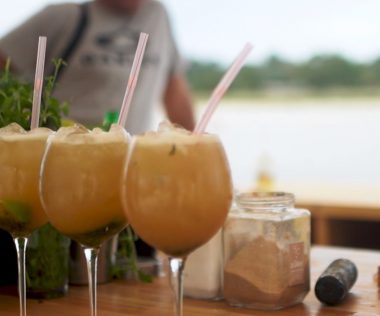 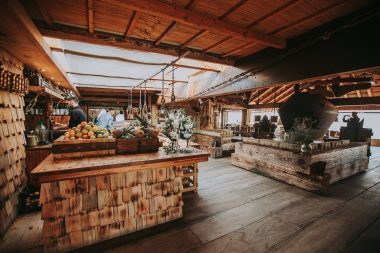 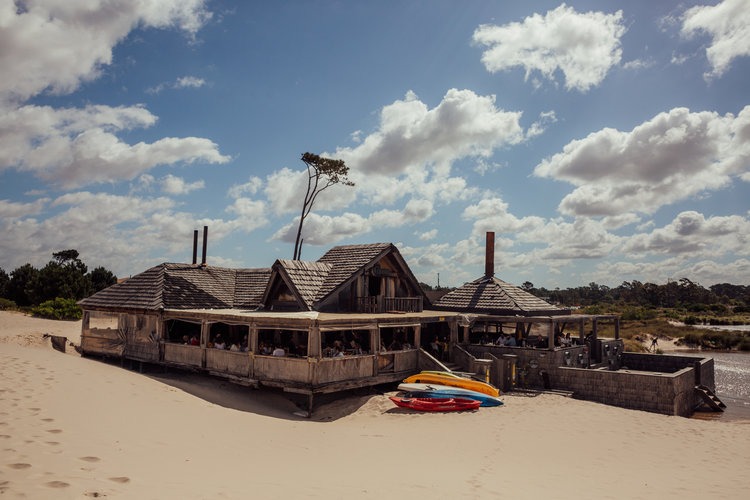 “A house revamped into a restaurant is the best depiction of this place hidden in the heart of Coastal City,” Eli says in his review of “El Gran Pez”. “An exterior that doesn’t say much makes way for a huge garden that invites you to live a beautiful experience both day and night. Coming with your kids and sitting in the sun on a bright day is a possibility; but you can also come at night, when everything has a slightly more romantic atmosphere and it becomes an ideal place to enjoy with a date… The place is a home and that’s how it feels: cozy, comfortable and laid-back,” she adds.

Regarding the options on the menu, Eli says: “The menu is extensive and there are options for all tastes: salads, fish, meats, seafood, pastas and a varied assortment of desserts. Everything is cooked at the moment– fresh and homemade”. 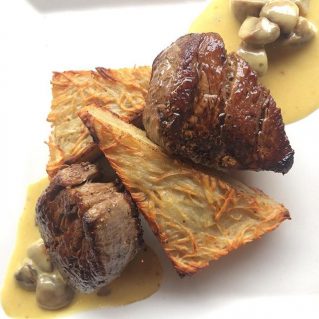 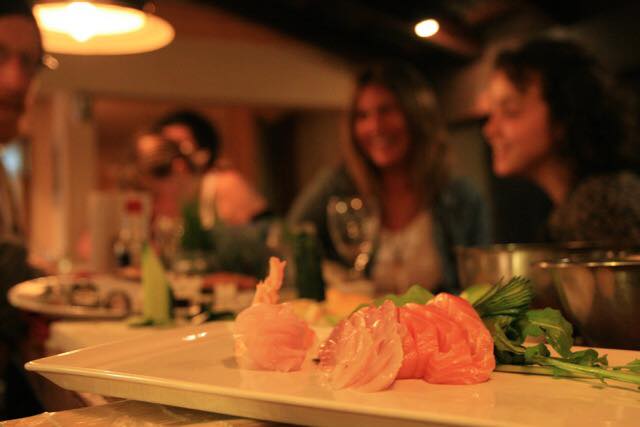 If you continue heading east you will arrive at Atlantida, the largest coastal town in the department of Canelones. Here the tranquility of a wild and charming landscape is combined with the lively life of the city, its entertainment venues, the casino and its small amusement park.

This is a city with thousands of stories to tell. Here, for example, the Chilean poet Pablo Neruda had a secret affair with Matilde Urrutia, who would later become his third wife– a story with as many versions as it has local tellers.

Uruguayans come from all over the country captivated by everything this resort has to offer. Its fine golden sand beaches differ depending on whether they are on one side of the rocky end of the beach or the other. To the west, on the Mansa Beach, the sea is smoother—perfect to share a summer day with the family. To the east, on the Brava Beach, waves are bigger, so there usually are surfers trying their luck, as well as people windsurfing and kitesurfing. And if you look up to the sky, you might even come across some paraglider.

Don’t fail to visit Atlántida’s landmarks—such as the monument to the sun designed by the fine artist Agó Páez to pay homage to his father, Carlos Páez Vilaró, and the “Eagle”, the distinctive structure located in the nearby town of Villa Argentina.

Where to have a drink

Atlántida is considered the capital of the “Costa de oro”. Hence, its area of influence goes way beyond its administrative borders. That’s why smaller towns such as Villa Argentina, to the east, and Parque del Plata, to the west, are closely linked to Atlántida. Within this area of influence is also Las Toscas, a small town where “Volcánica Bar” is located.

In line with a trend that is sweeping the country (and the world!), so too on the “Costa de oro” have craft breweries flourished. “Volcánica Bar” is a pub created by the owners of Volcánica microbrewery, which produces its beer on site. Those who come here will have the chance to taste its many varieties of beer, accompanied by hamburgers, “chivitos” (a very typical hot meat sandwich), potatoes and pizzas. Besides, you can tour the factory to learn about the production process.

As a result of the geological formations in this particular spot of the Canelones coastline, “Cuchilla Alta” is one of the most distinctive coastal towns on the “Costa de oro”. Although the number of visitors arriving in the summer has been growing in recent years, it still maintains a wild, unfussy character undoubtedly alluring for those seeking rest and tranquility.

Its almost two-miles beach on the Río de la Plata has two clearly differentiated areas. The wide white fine sand stretch is perfect for families to enjoy the seacoast; while surfers take up the rocky zone.

This is one of the most densely forested areas of the coast, which renders “Cuchilla Alta” such a unique place. 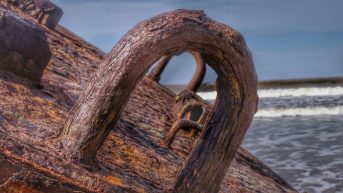 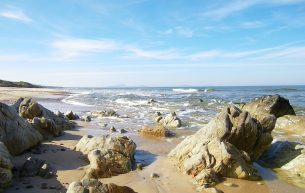 The steep gullies that almost reach the Río de la Plata are a real highlight of Cuchilla Alta. A scenery of impressive natural beauty, from where you can appreciate the landscape all around– to the east, the hills surrounding Piriápolis; to the west, at the appointed time, one of the best sunsets the Canelones coast can offer. You will hardly find a better place to share a “mate” with friends. 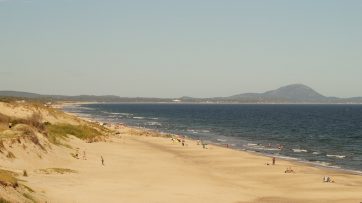 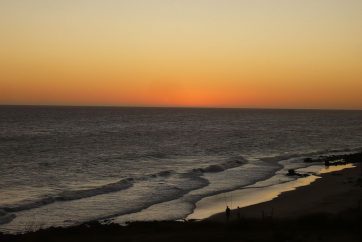 YOU can’t miss it

Atlántida is home to one of the most impressive jewels of Uruguayan modern architecture and engineering: The Church of Christ the Worker and Our Lady of Lourdes, the most emblematic work of engineer Eladio Dieste.

In its design and construction, Dieste “applies all the knowledge he had acquired in the construction of reinforced ceramics industrial structures specially designed to roof large spaces”, says the cultural producer agency BMR in its work “Sacred bricks – The religious work of Eladio Dieste”, of the series “Postcards Uruguay Landscape ” (2017).

Dieste “wanted to prove that it was possible to put up a suitable building for the religious activity, which was both economic and beautiful. And he certainly did it in every way”, BMR remarks. “Brick is the material used in floors, walls and ceilings. With them, Dieste molds curved walls that give movement to windows and doors, while at the same time providing the walls with enough rigidity to support themselves and configure a welcoming, intimate space that inspires spirituality and devotion…. Light comes in through small separations between the walls, whose openings are closed by onyx marble sheets. The lighting is complemented with a series of small openings in the upper part of the curved walls, in which colored glasses were placed. All of this undoubtedly enhances the sense of peace and spirituality that overcomes everyone who enters the church”. 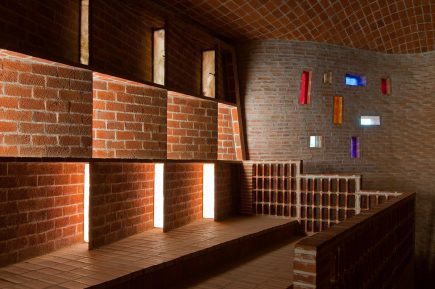 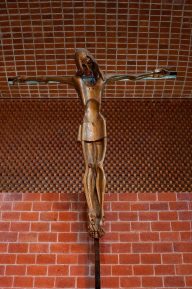 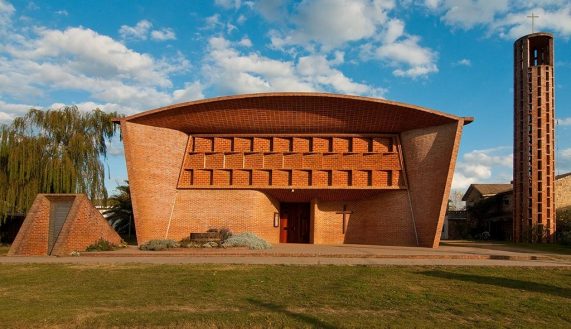 On the Rio de la Plata, but west of Montevideo, there are also a number of beautiful beaches and coastal towns that are worth exploring. Discover some of them in the following article: Río de la Plata coast shore 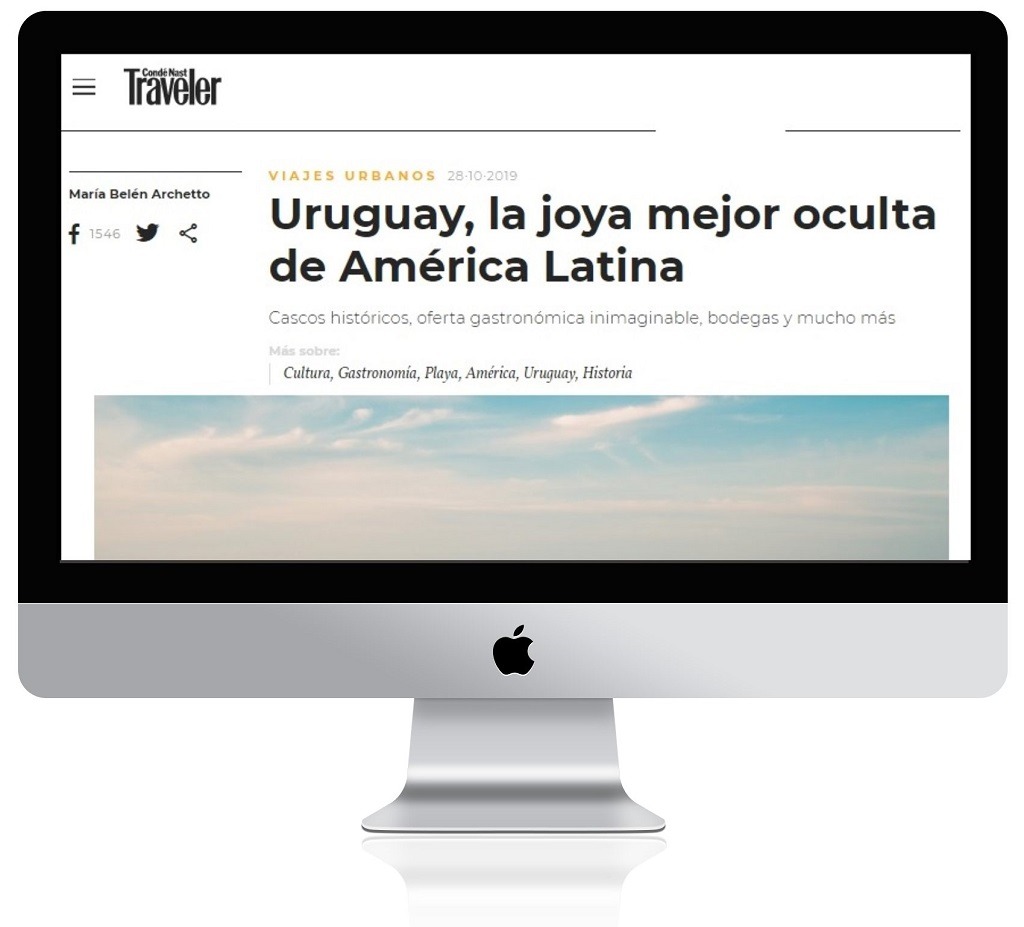 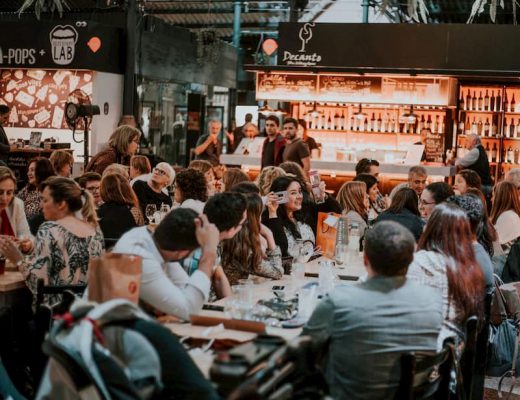 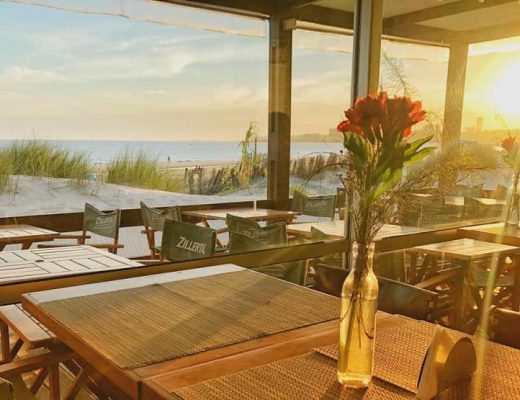 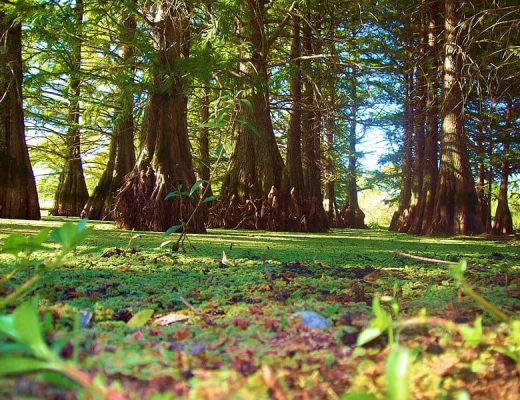 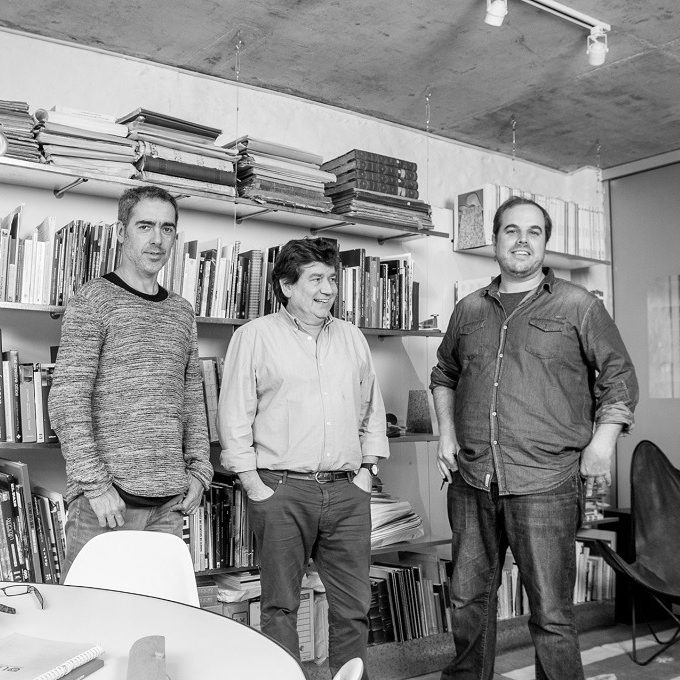 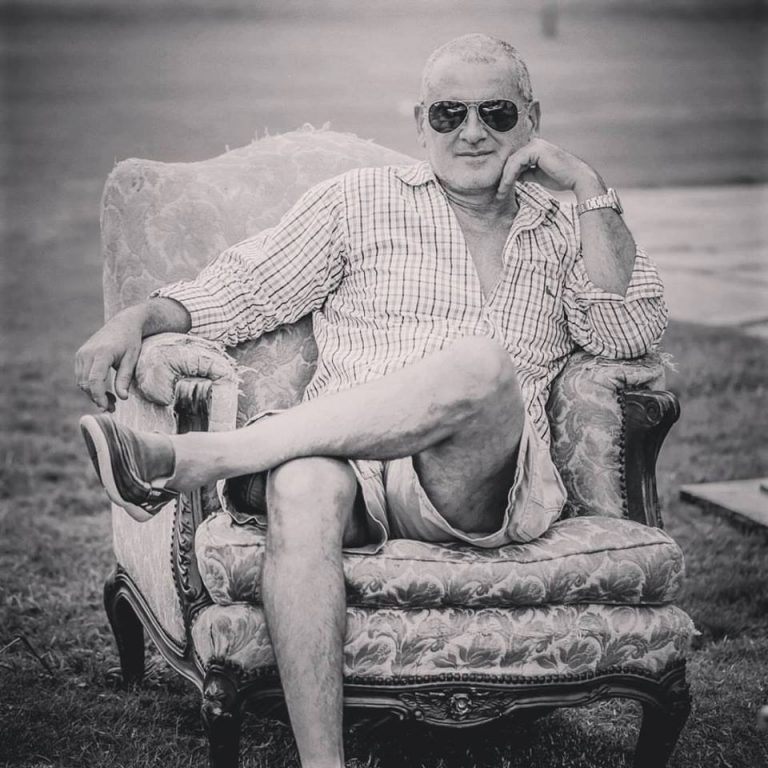 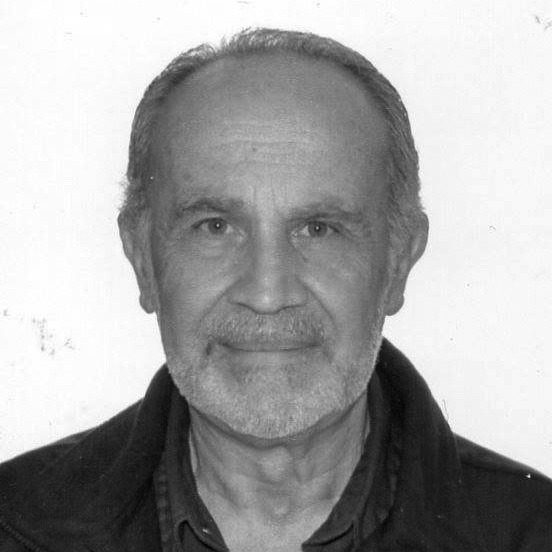